discussion about the 750 Sport and '89/'90 900SS, which share many mechanicals with the Paso series
Post Reply
495 posts

There's no play with the seal on but some play with out which is normal I guess.

You can see the washer ( 14 ) sits inward of the sprocket in this diagram. I'm just double checking before I bolt it up. 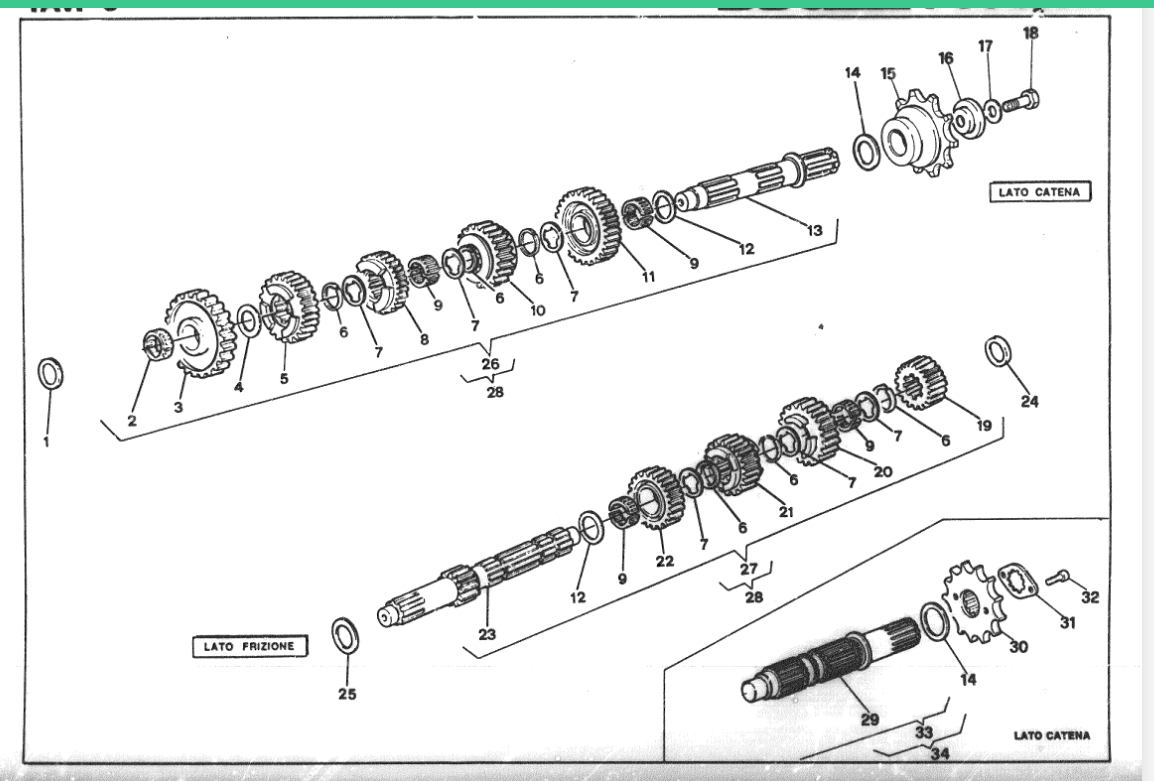 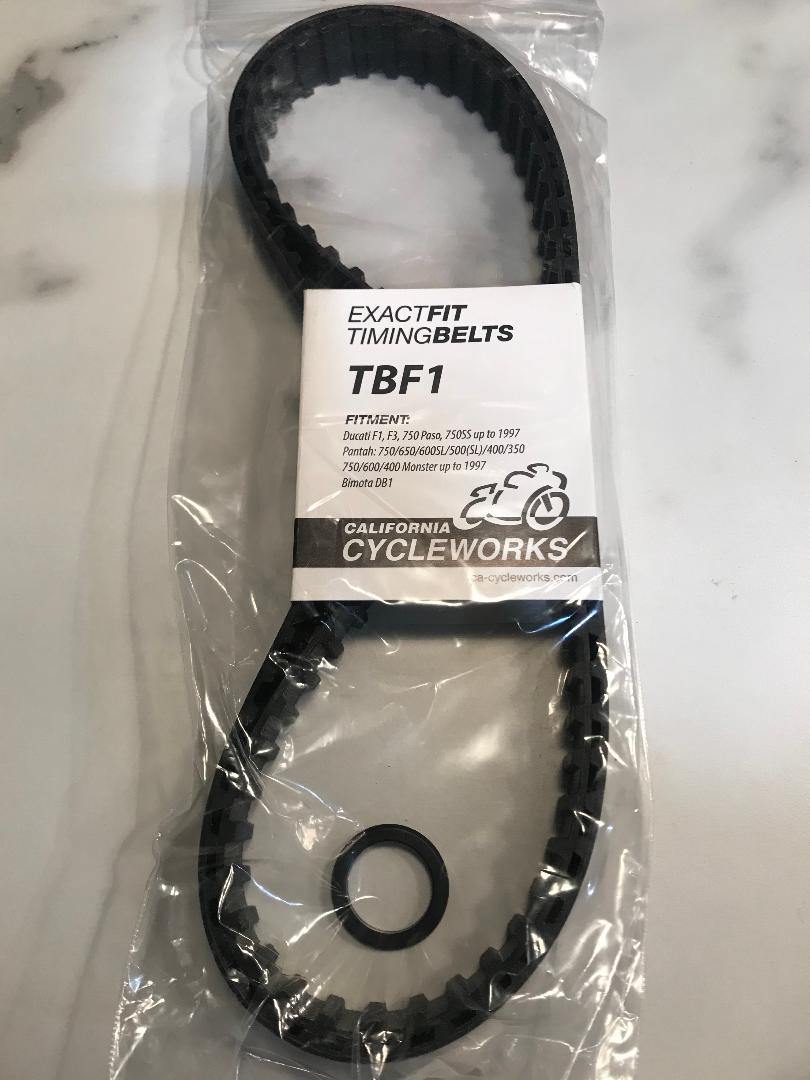 I'm still unsure on whether to put the washer inside the sprocket or outside. The markings on the washer clearly show it's been on the outside but the above diagram shows it on the inside. When I put it on the inside the sprockets don't line up and neither does the chain when layed on the chain guide. I'm going to string line the wheels and see how everything lines up then and make a decision. Maybe the diagram is wrong?.
Top

According to the parts catalog the washer is a shim that exists in three different widths. So it's used for chain alignment. If your front and rear sprockets line up w/o it don't use it.
Top

Aha, that makes sense now when I look at the parts catalogue. I never noticed that before. Funny how you miss the simplest things. That's why if you're unsure it's always good to ask. Problem solved, thanks G.
Top 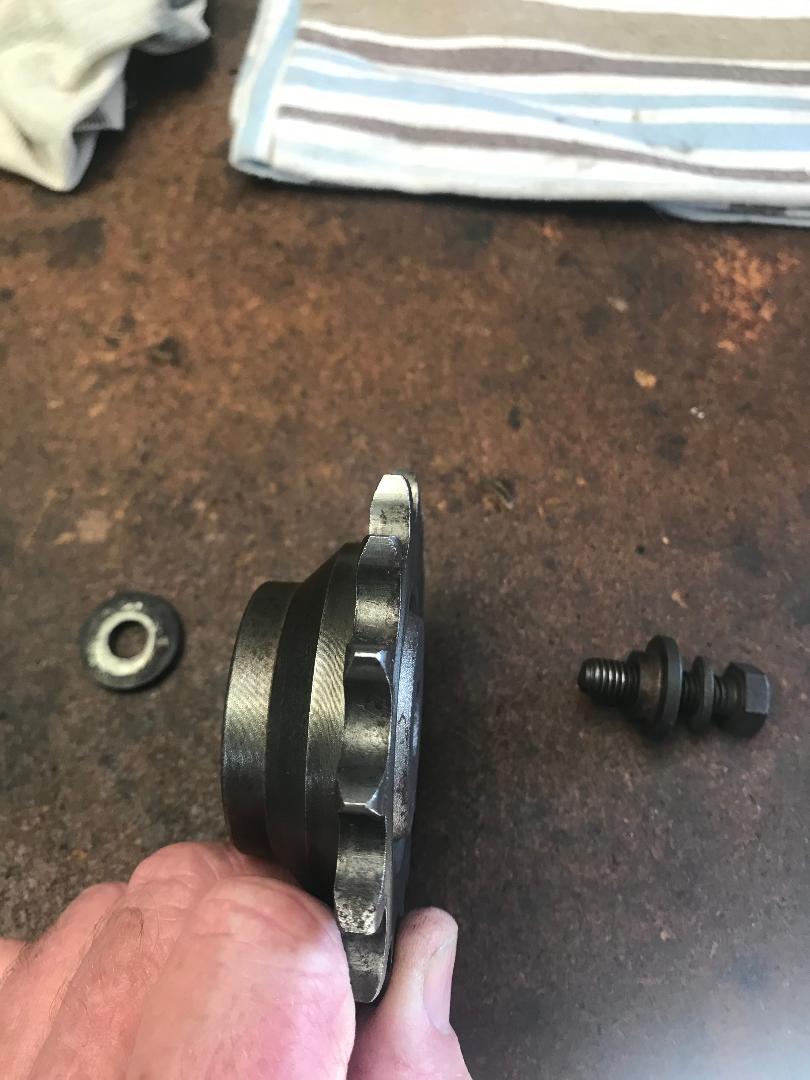 is totally different from part 14 which is this washer/spacer. 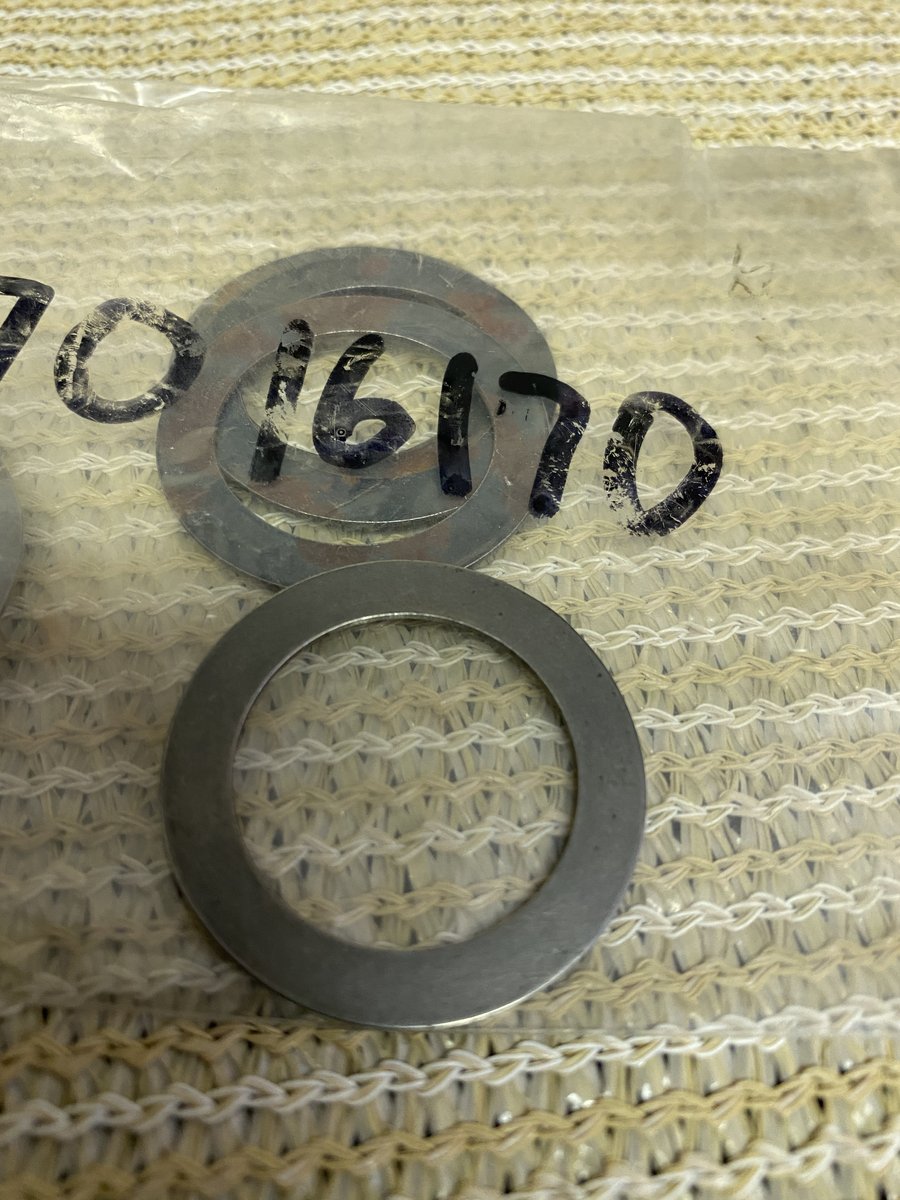 No wonder I was having trouble working it out. The sprocket slides on to the end of the spline now with a few mm gap between the sprocket and the shaft seal.
Top

Does any one know the torque value for the above sprocket bolt. Can't find it anywhere. I usually just go by feel but being a single bolt holding the sprocket on I'd like to get this one correct.

Haha, just found this from my 750 Paso days. I'll have to investigate whether it'll fit the Sport. 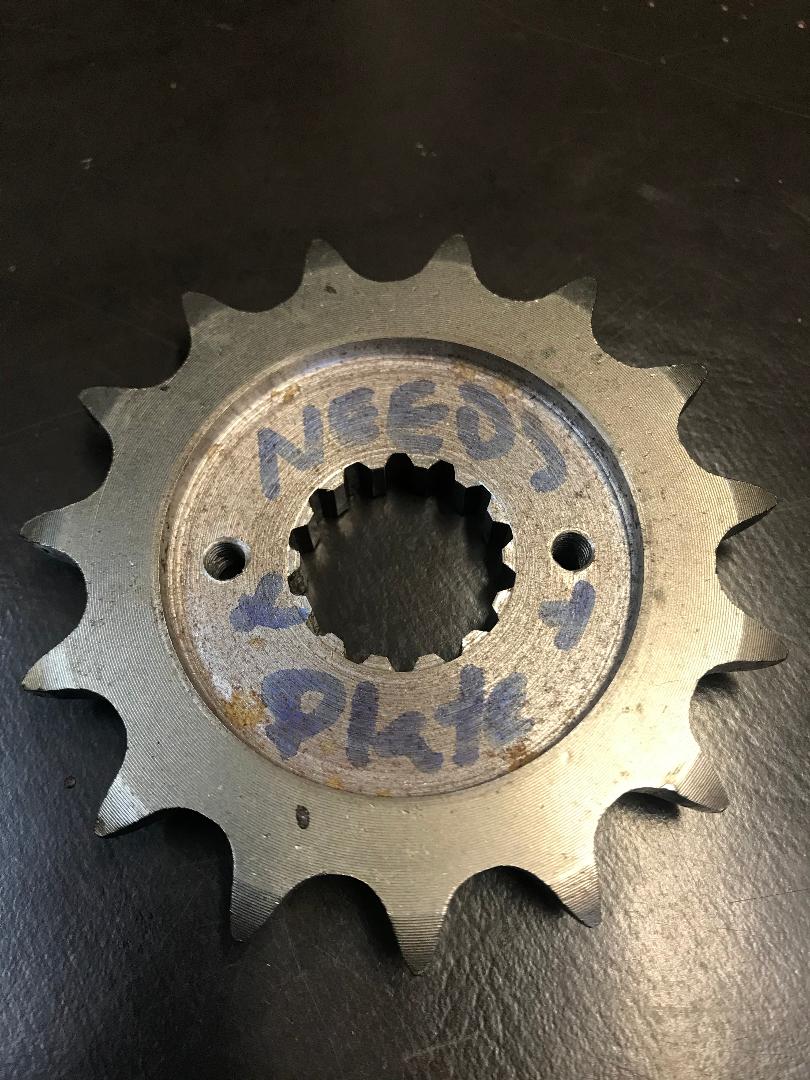 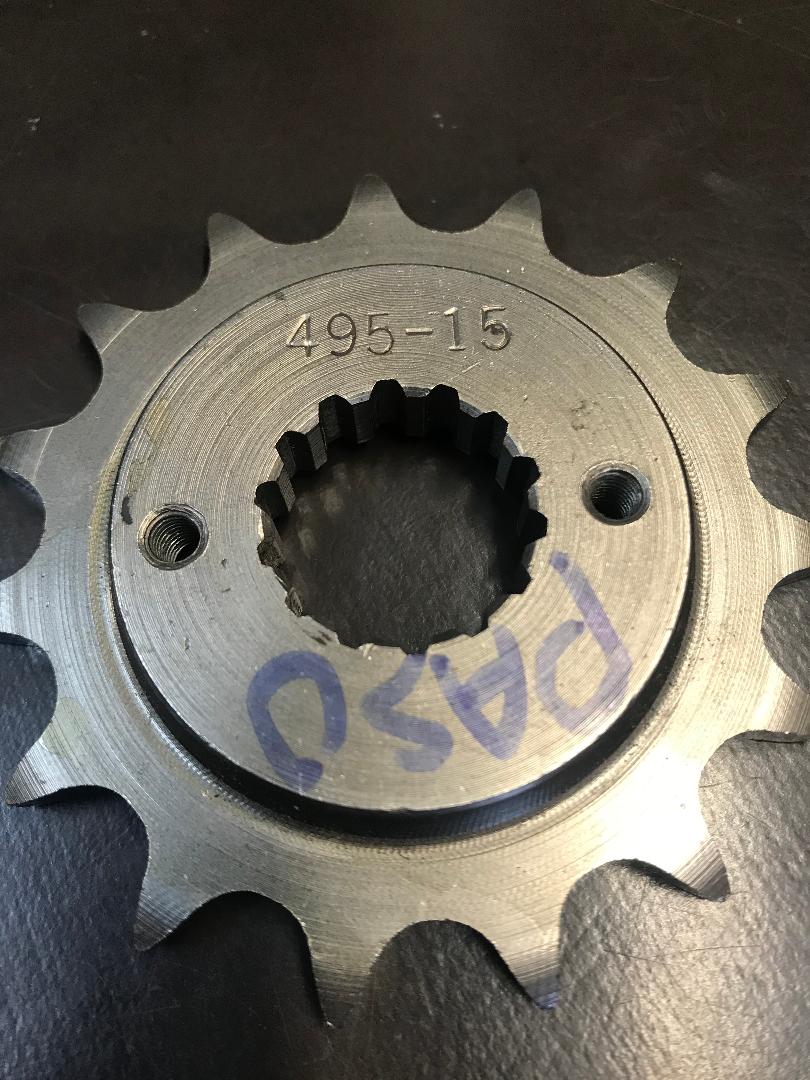 Clutch cover is back on. I haven't put the new seal in yet as the old one "looks" ok, we'll soon find out when I bleed the clutch tomorrow. If not it's a 2 minute job to take the cover back off and fit the new seal. 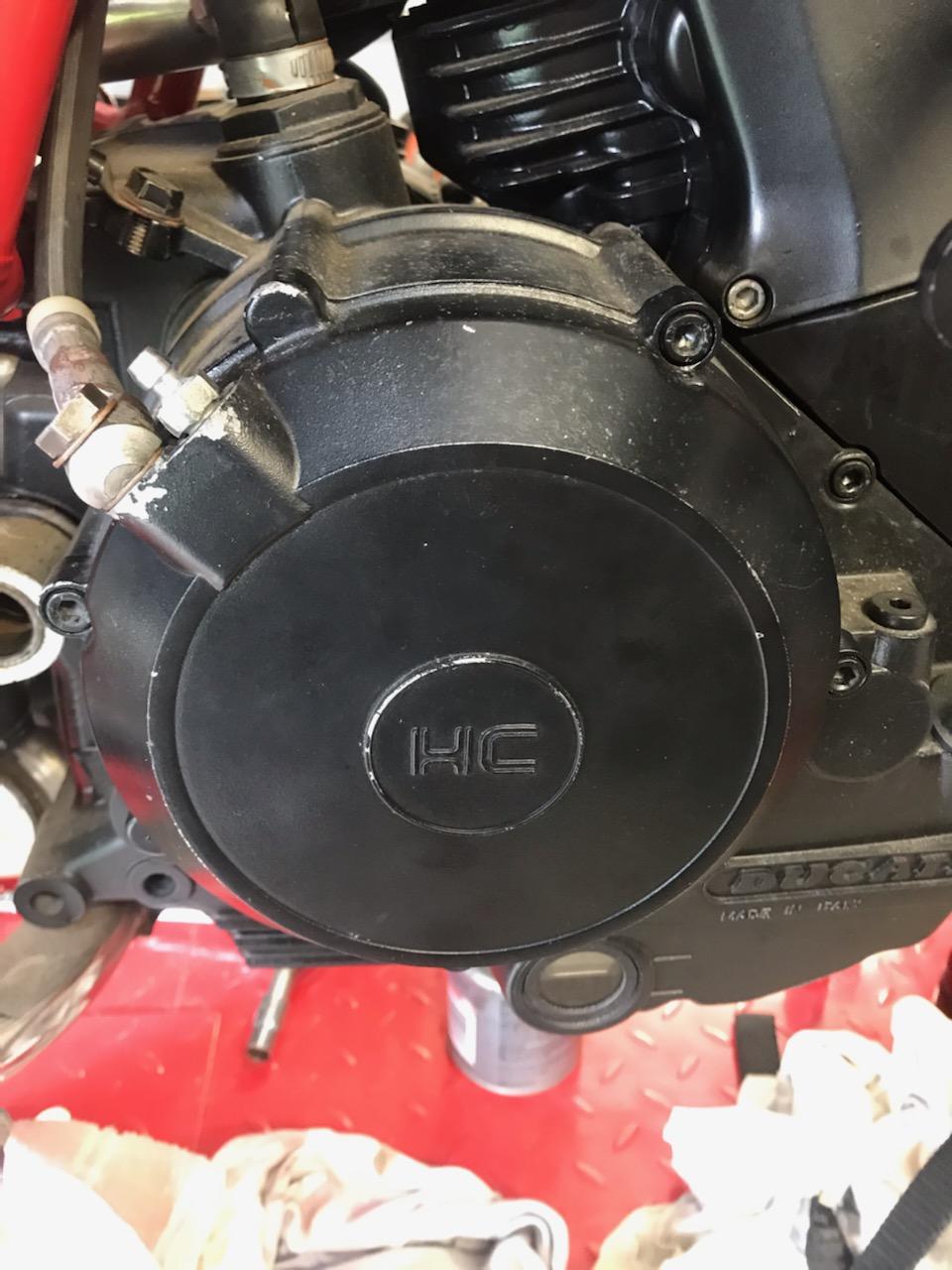 Put the front sprocket back on with some thread locker on the bolt. I still don't know what the torque setting is so I just went by feel like I normally do with most stuff anyway. I still don't like this setup though. 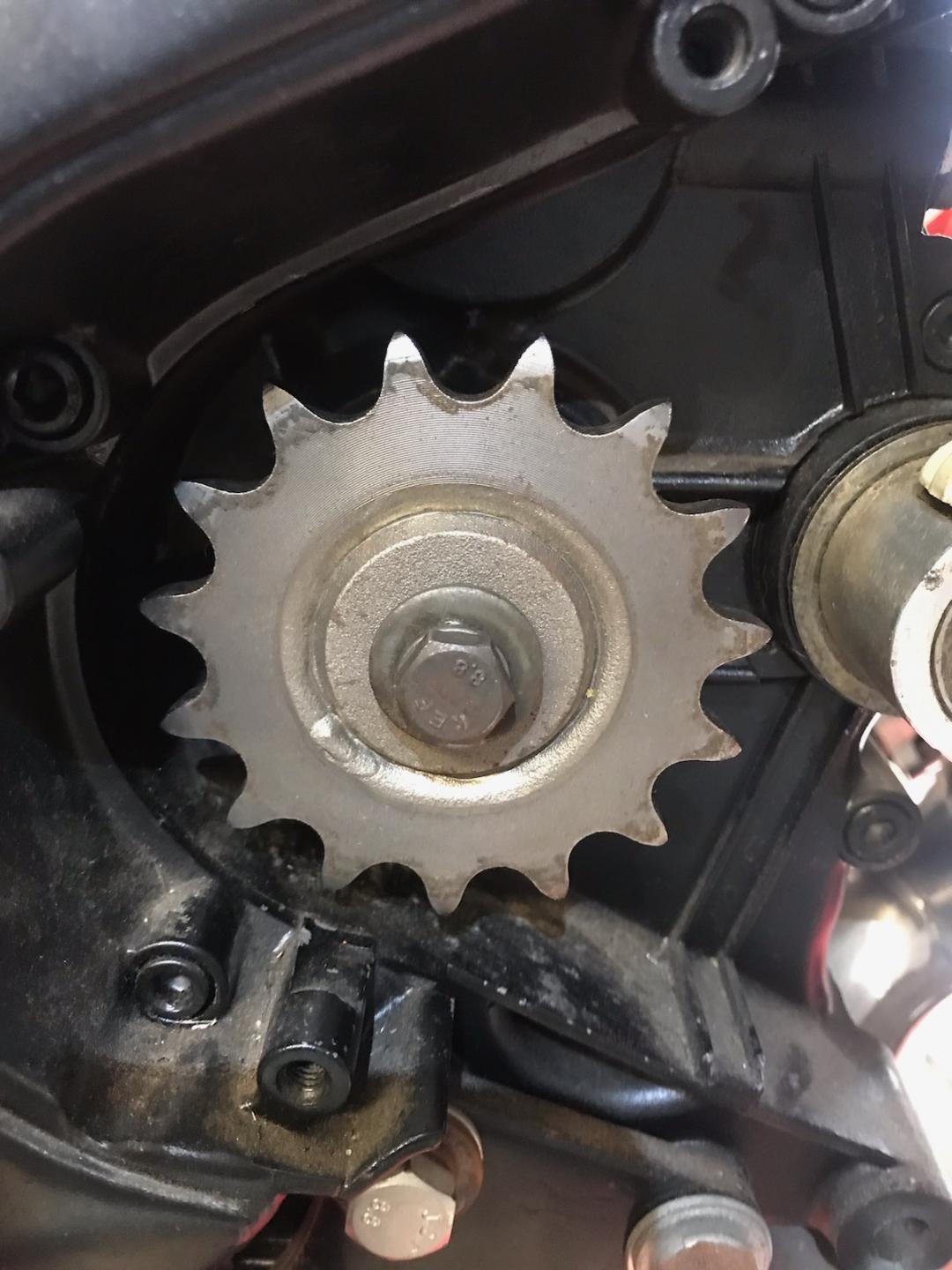 On with the chain next. 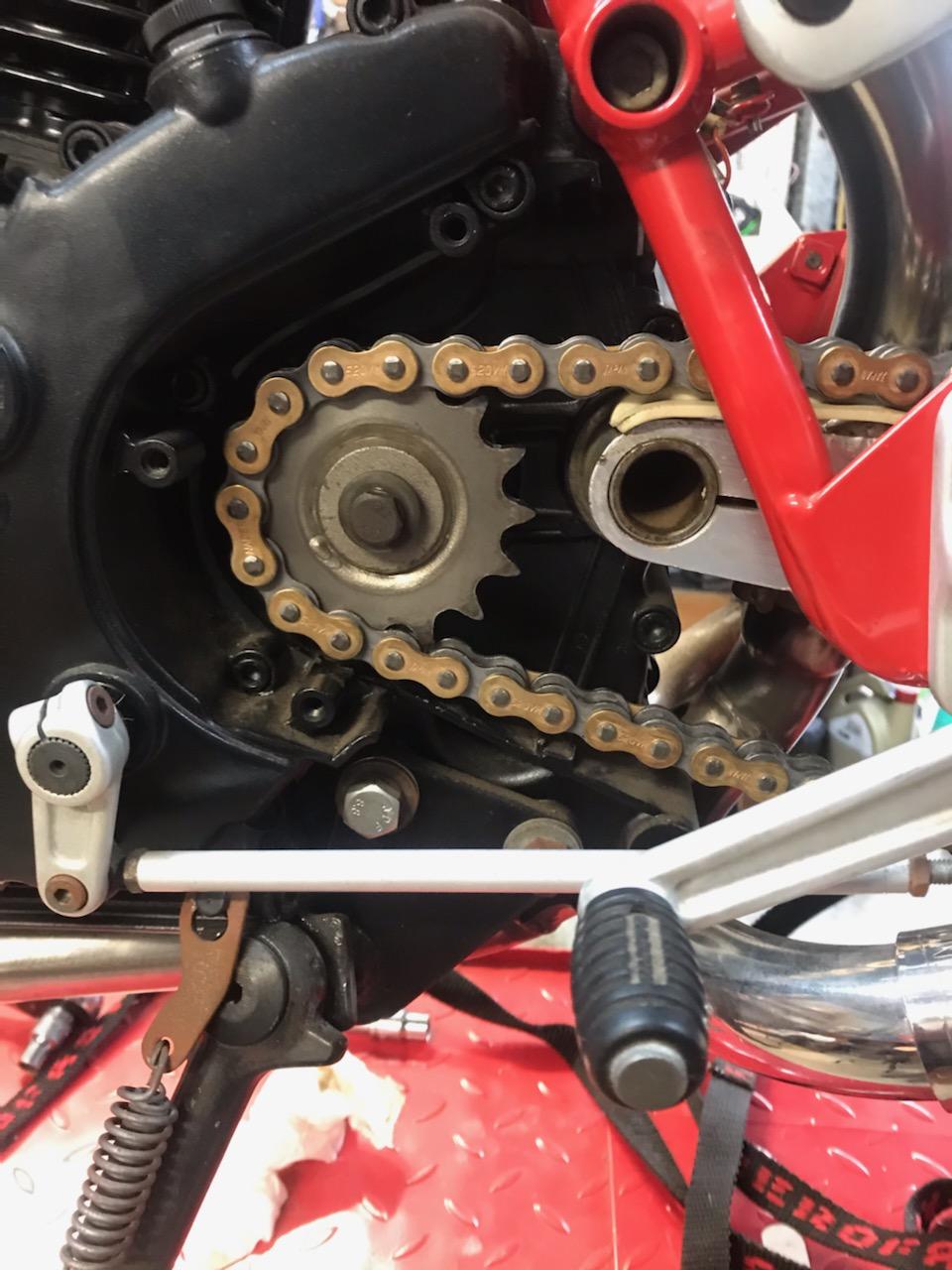 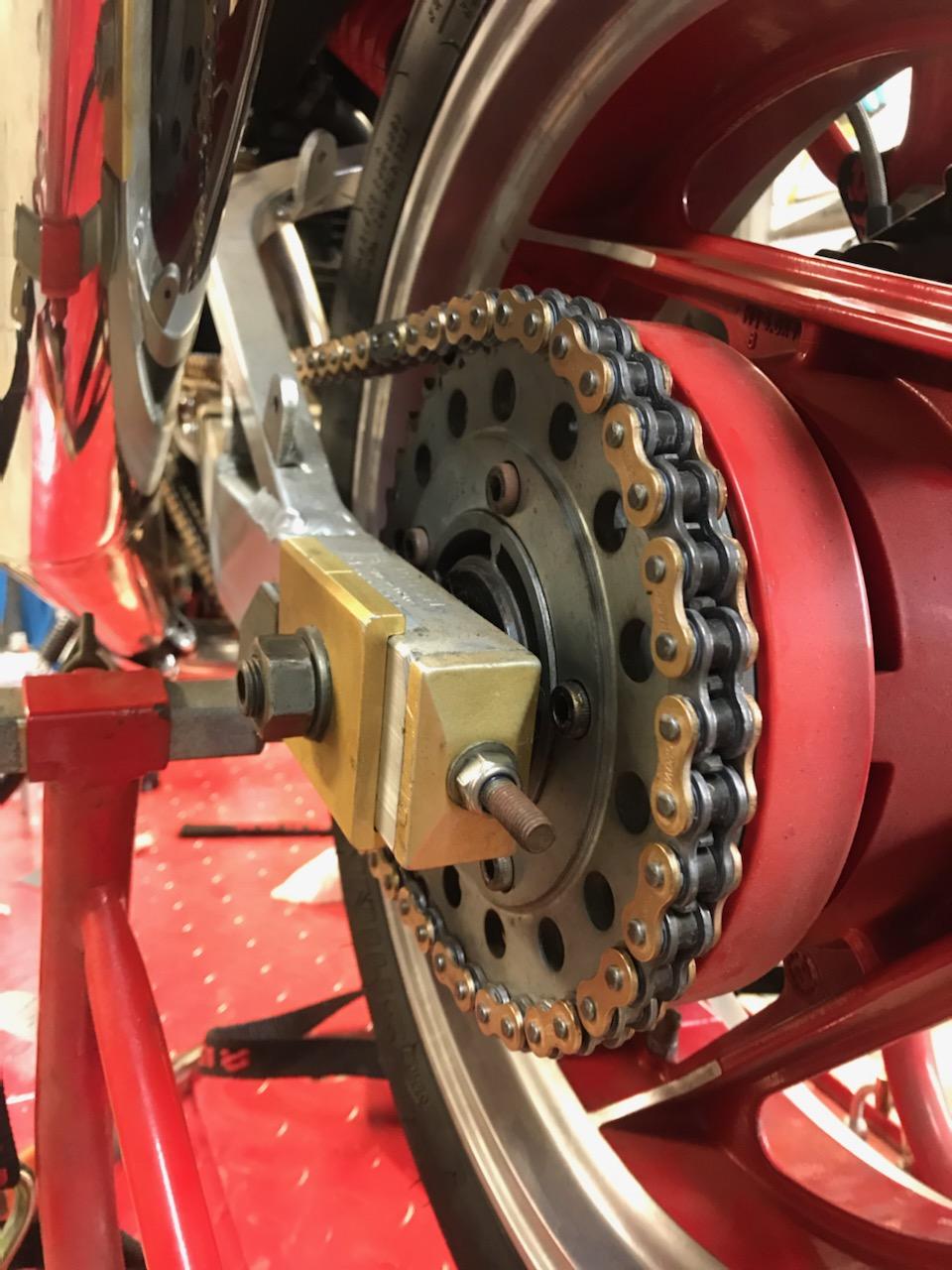 I'm going to string line the wheels when I get the bike off the bike lift. Next job is to bleed the clutch. I've found a few bits and pieces that I hadn't done up on the bike. I think I'll run a spanner over everything before I ride it

I also managed to buy another tank locally to eventually replace the damaged one. I'm amazed at how distorted the original tank is compared to the new one. All from sealing the tank and the temperature changes in the garage. A silly mistake on my part but I still didn't expect such damage. 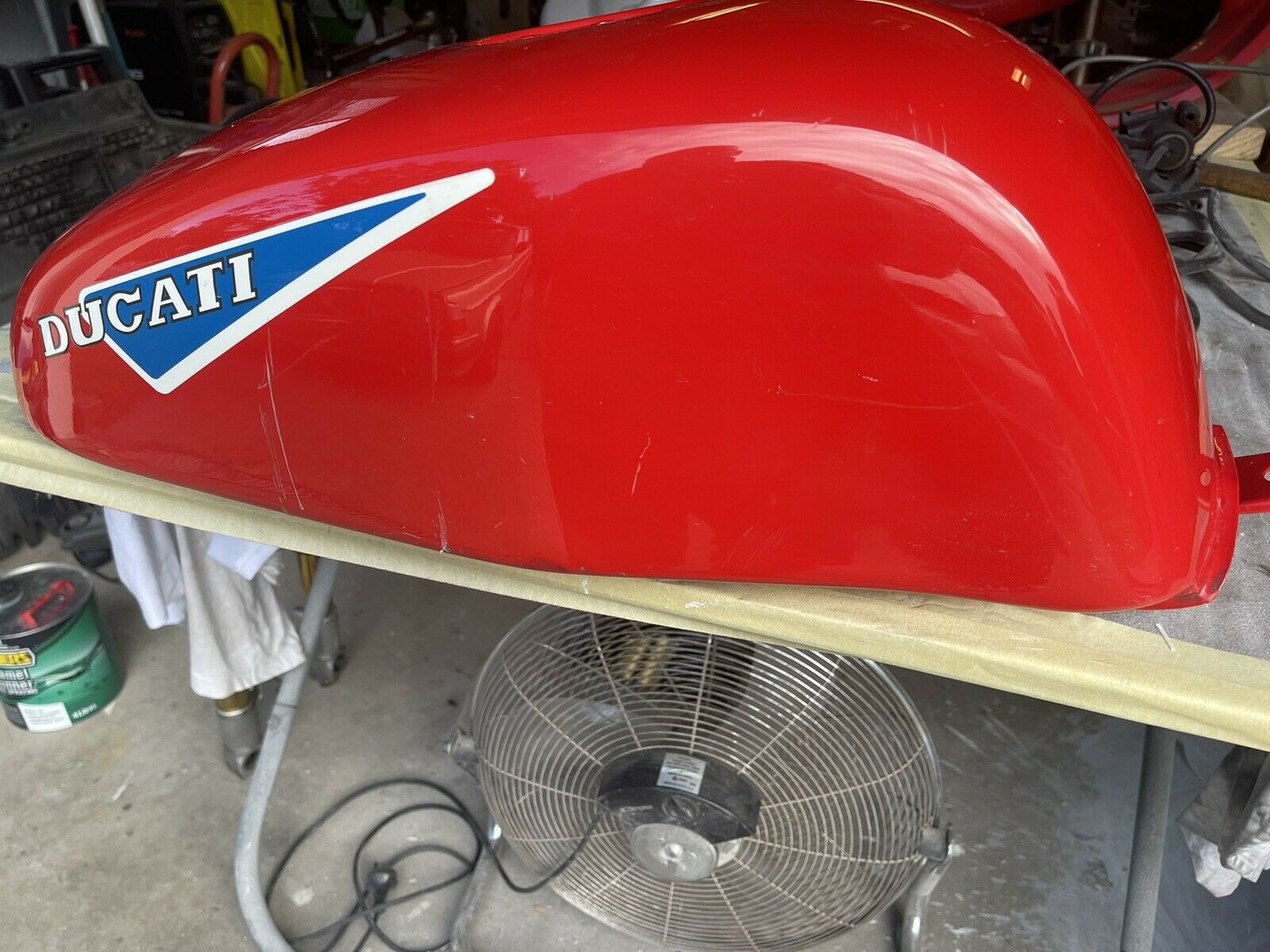 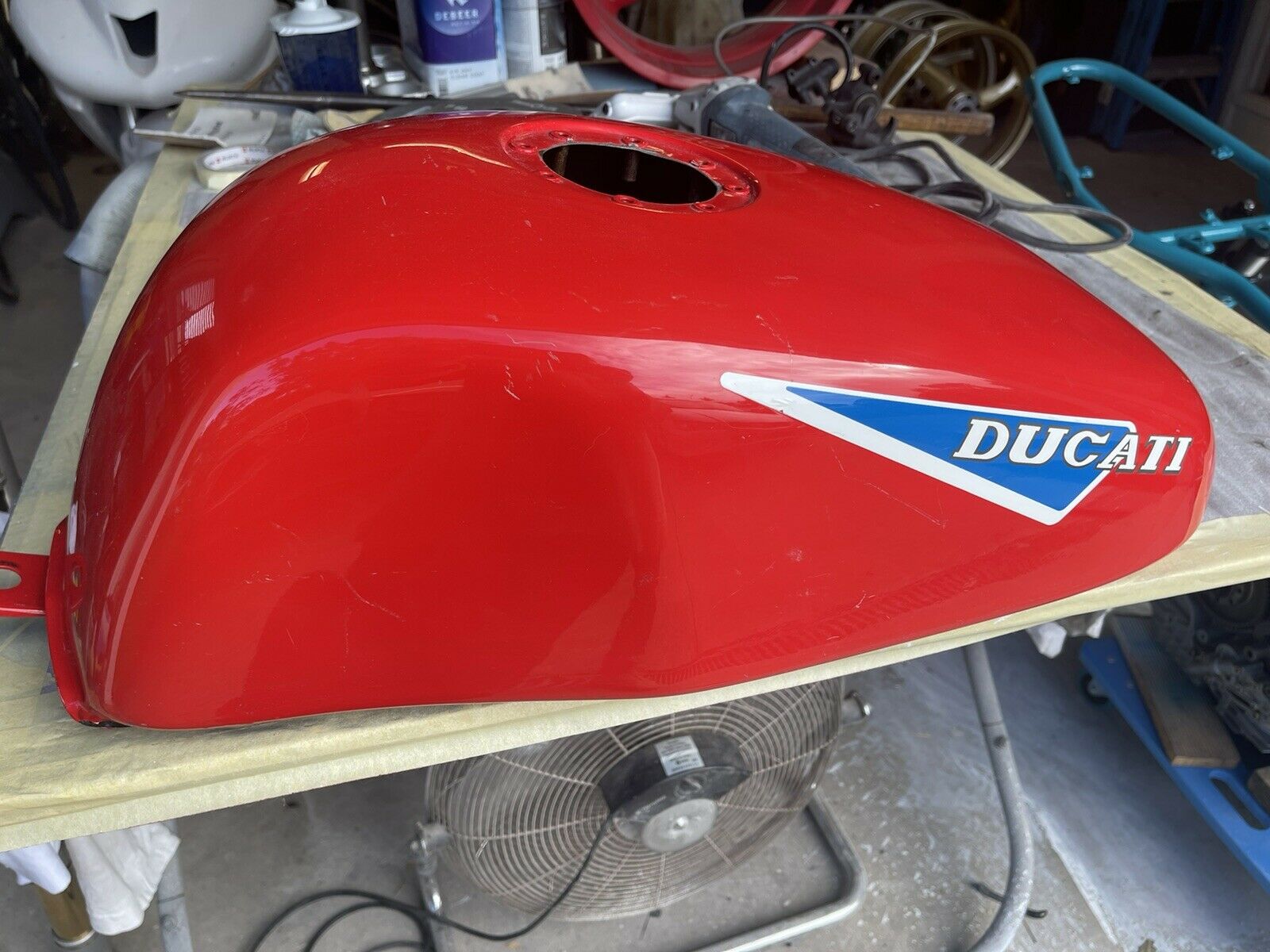 Well that didn't work with the old seal so off with the clutch cover and put the new seal on. This is where it gets interesting. I had a struggle getting the old seal off the piston and this could explain why. 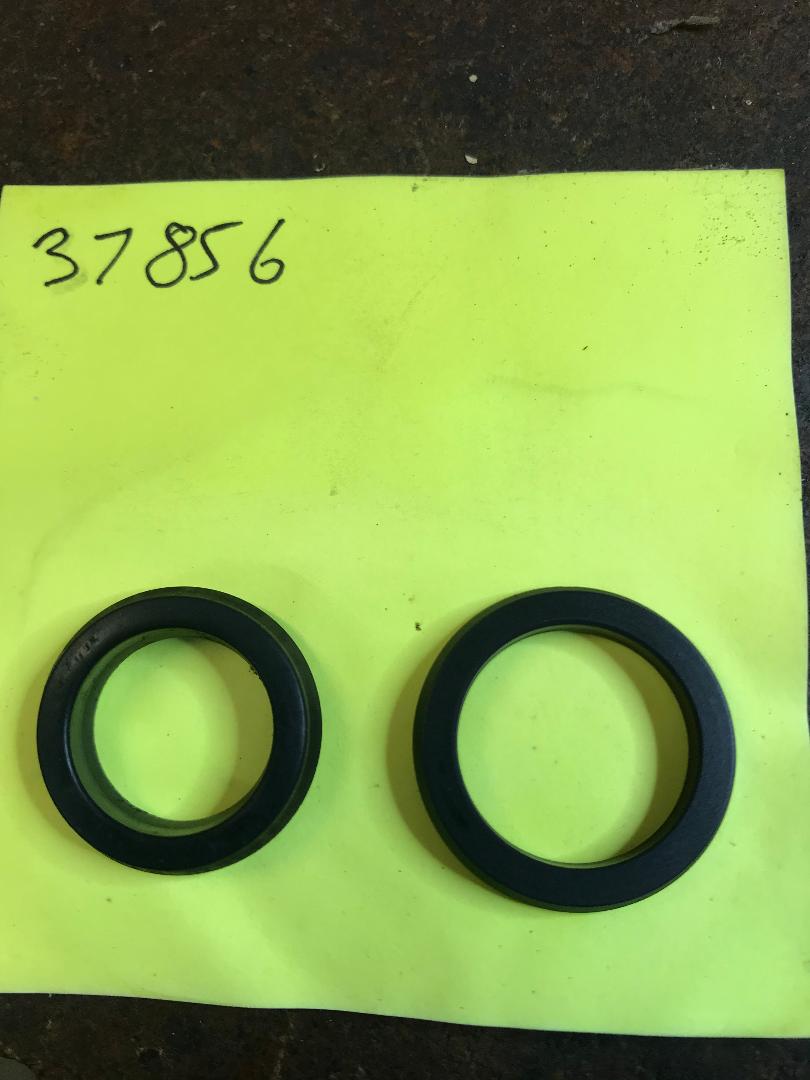 The number above it is what is written on the seal.

Again, old seal on the left. 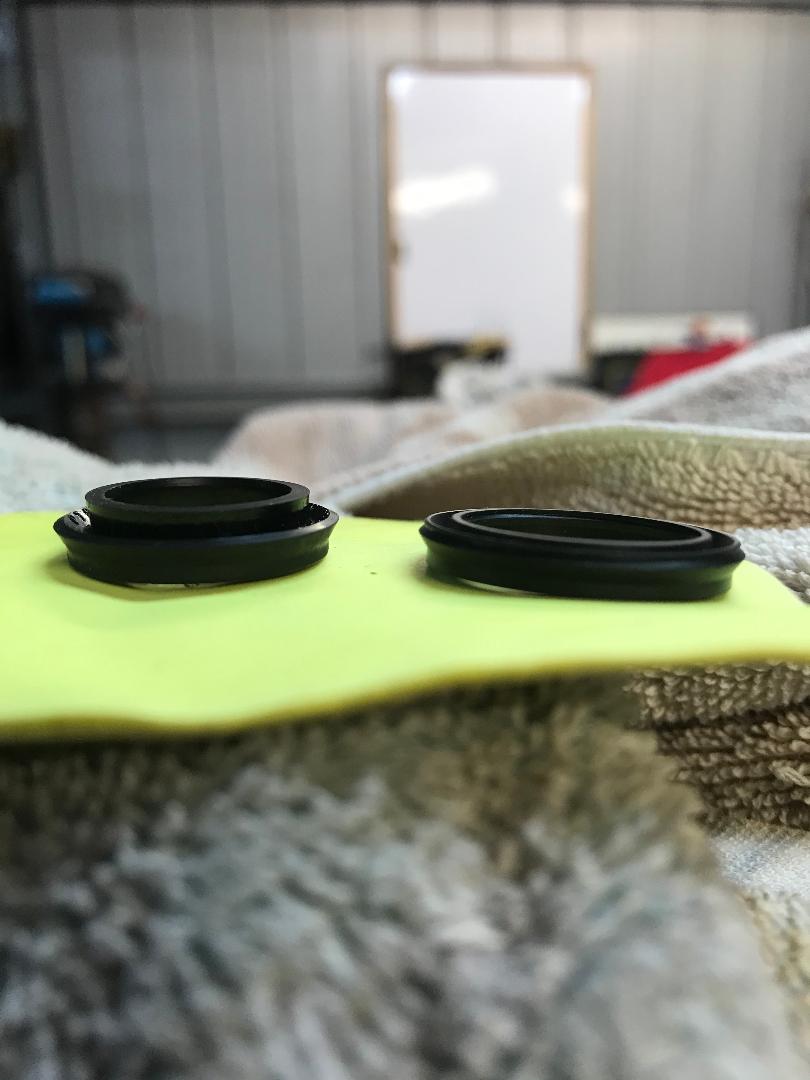 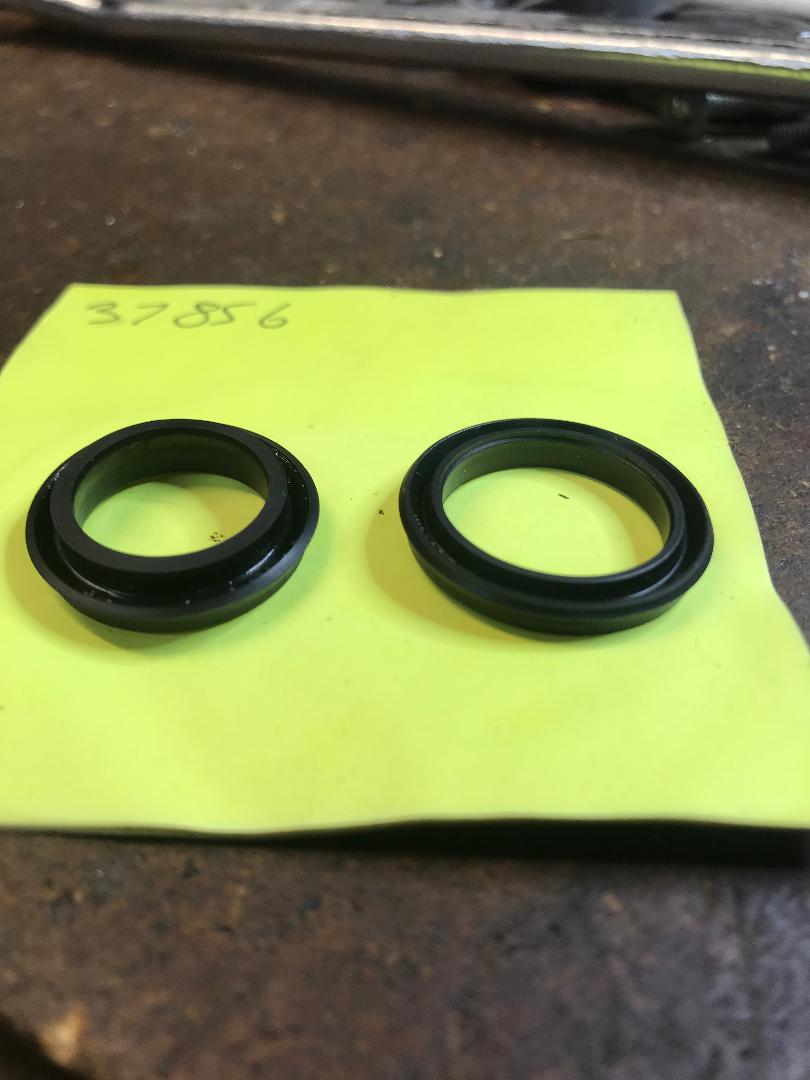 The old seal has "Made in Australia" on it so it's obviously been replaced previously.

The new seal has a bit of up and down freeplay like it could take a 5mm seal but I'm assuming that it is correct. 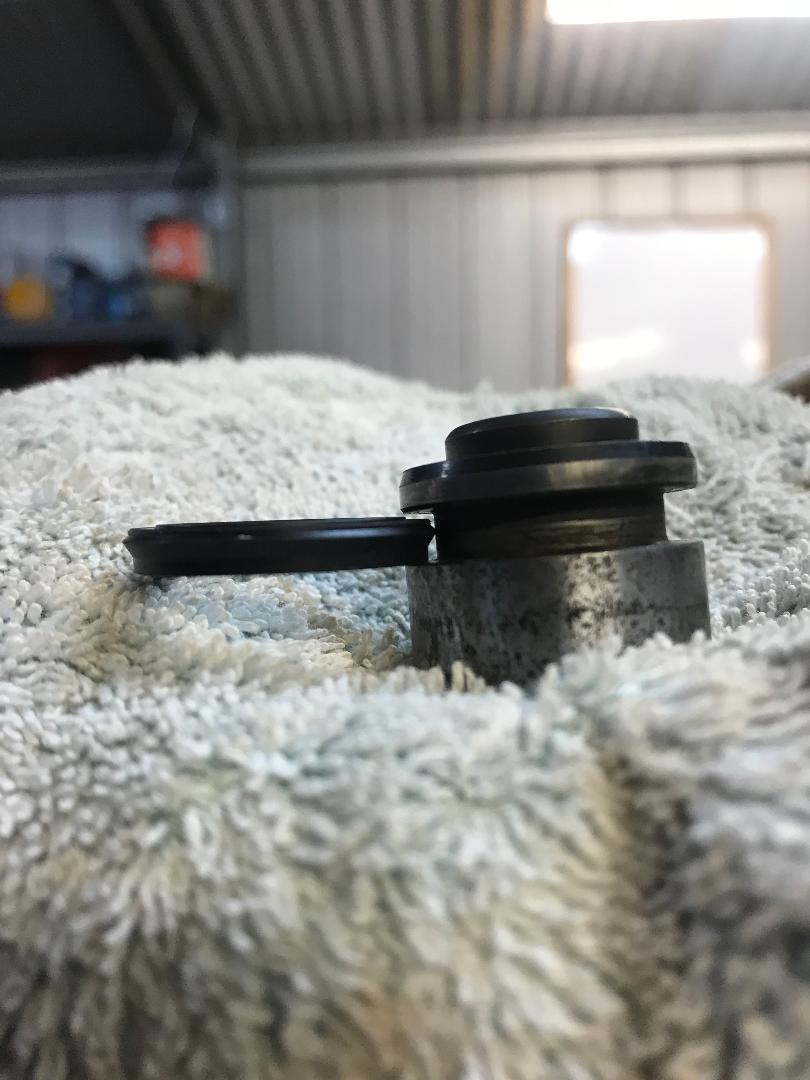 Anyhow, that's tomorrows job. I spent enough time today trying to bleed the clutch before I realised it was the seal that was the problem. It was worth a try because I still can't find any nicks etc with the old seal. I'm hoping it's not the bore. I'll find out tomorrow I guess.
Top

G'day Andrew, I'm looking at 2 similar pistons and seals, 1 I bought 2nd hand basically a bonus when buying a clutchcover off Rudy, looks just like yours. The seal is loose as well I couldn't read the seal numbers but I'll investigate those tomorrow. The other a nos piston for the 89 900 which is physically slightly different to the other,and my seal is more of an orange which is reasonably tight. Now I'm 2nd guessing my own setup waha,I'm expecting the motor back soon and will want to get the clutch back in and right, good luck with yours.
Top

Just had a good look at the seals i have, the one that I've got lined up for my 900 is just a snug fit thick o'ring and the piston looks exactly like the button on top one you have. The other piston has a removable flat button which leaves the piston somewhat serviceable and the seal has the markings,, NA 150 26-20-4 =C =W. I'm hoping I have the correct new piston ( ie the one with the protruding button), I guess either set up is ok, I don't know if this will help you or hinder you, hope its going well
Top

Those numbers are the correct ones I believe. The sizes are the same as on my seal. I still haven't fitted it yet.
I'm thinking the slave bore might needs just a little bit more of a cleanup.

Is the piston/seal for your 900 like this one in the below link.

I don't think so, the one destined for the 900 looks exactly like the one you have, the seal is just a fat round oring
Top
Post Reply
495 posts