Hi newbie to the forum.
I've just bought a 1989 900ss that is a bit of a basket case and I'd like to save it as best I can. It has all the plastic and the frame is good and although it has the crankcase, barrels and heads, the engine itself is empty.
The previous owner decided to strip it down 10 or so years ago and "misplaced" everything - allegedly his brother also had one and they were trying to save his motor.
I'd rather not just replace the engine with a later model supersport or monster but I've been told the crankshaft on the 89-90 models is different to the later 900 engines, is this correct?
Due to the stator I believe???
From my research everything else is the same, no?

Here's a pic of the bike as it currently is, hopefully I will be able to bring it back to its previous glory. 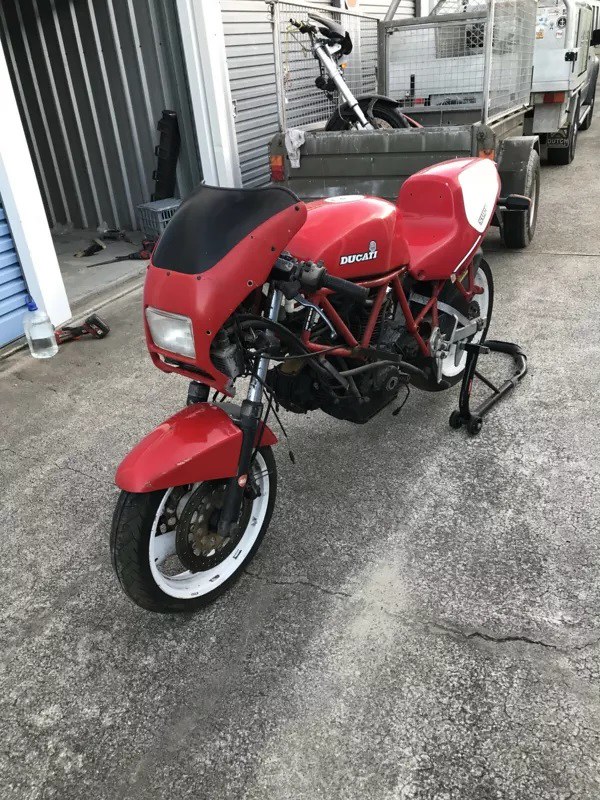 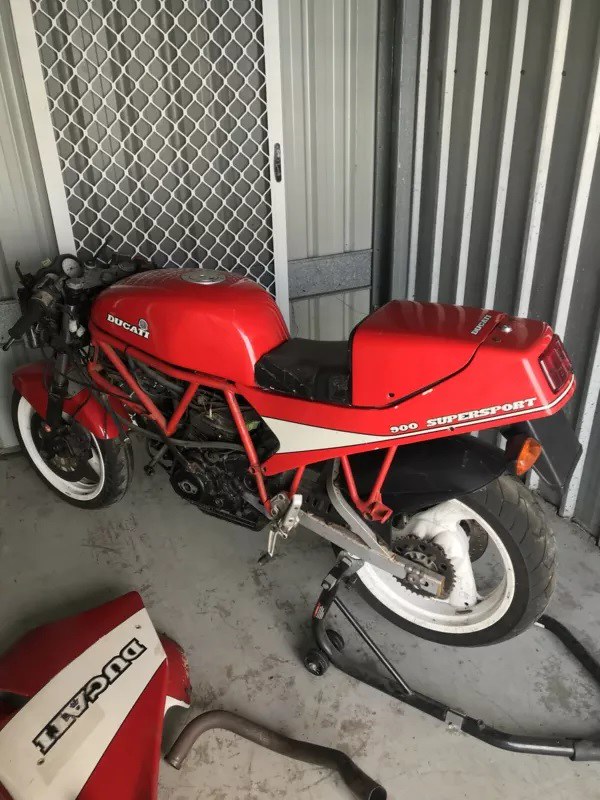 Thanks Highway89, yes I'm starting to think I was mislead about the crankshaft, which is a relief.
I was reading one of your posts about decals and you said you found someone local to make some for you. You're Melbourne based aren't you?
Would you be able to please PM me the details of who made them for you?
Top

Yeah, I'm in Perth and used a company in Malaga ( perth), any good vynil sign co should ne able to make them, just avoid cheap vynil as it can react to clear coat finish. The co i went with probably still have the measurements and details of mine on file if you get stuck.
Top

Good luck with your project.

I can confirm that the early 900SS had a less wider crankshaft than the later white frame or bronze frame 900SS. From memory I think that crankshafts are interchangeable but you need to get all the parts like rotor and alternator cover and such from a newer model if you want to fit a later model crankshaft. It wil make the engine some what wider.
Don’t know which other models may have a “small” crankshaft. Maybe a paso 906 or early 851? I hope this helps.